The poems in this book have titles such as To The Flag, Soldiers of the Big War, Memorial for the Fallen, We Had the Honor..., Through Action!, Hitler Youth, The Dead, Defeated Comrade, Horst Wessel, On The 9th of November in Front of the Feldherrnhalle in Munich, Patience, Why Are You Doubting?, Hitler, Words by Hitler, My Mother, The SA-Man Speaks, You too!, Victory and others. 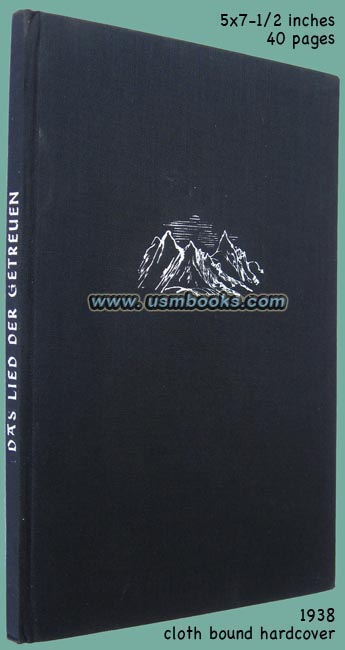 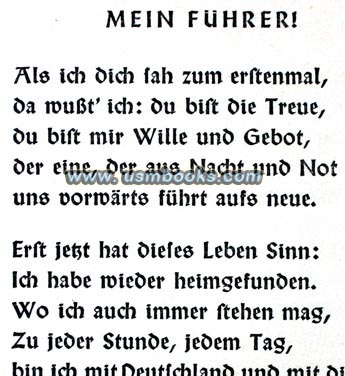 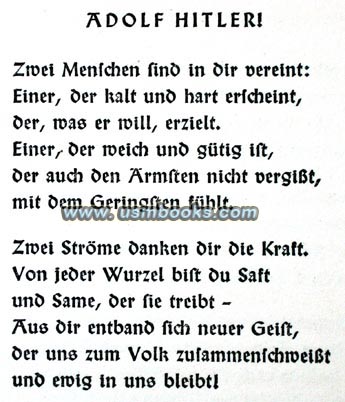 This is a Third Reich book of patriotic, heroic and National Socialist songs compiled by Hitler Youth Leader and Gauleiter Baldur von Schirach called Das Lied der Getreuen (The Song of the Faitful). According to the title page the songs are by unknown Austrian Hitler Youth members from the persecution years of 1933-37, when the Nazi Party and Hitler Youth were illegal in Austria. Proceeds from the sale of these books would be given to the Austrian Hitler Youth in Vienna. 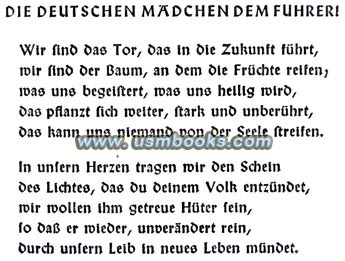 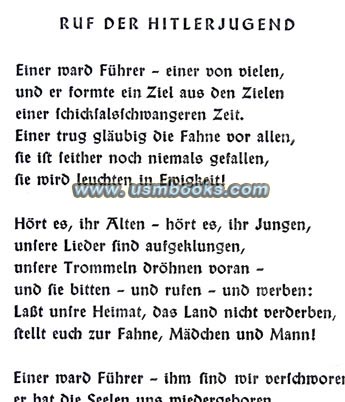 The songs in this book have titles such as Commitment to the Führer, Your German Brother!, His Dedication!, Adolf Hitler, Our Führer, Thoughts About the Führer, For You My Führer, People from Distant Borders, The Promise, Call of the HJ, Community, A Request, Germany!, Battle Song and others. 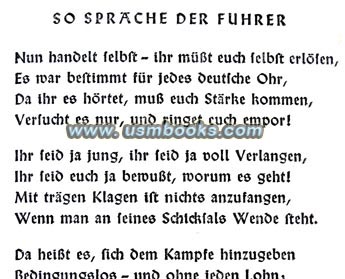 Don't miss other original Hitler Youth books and magazines
for sale on USMBOOKS.com.